Join Camnang24h to see why “Bitcoin analysts give 3 reasons why BTC price below $20K may be a ‘bear trap’” through the article below. A set of technical indicators see Bitcoin price ending its prevailing bearish cycle. Bitcoin (BTC) recovered above the $19,000 mark on Sept. 20, a day after falling to its lowest level in three months.

Bitcoin struggles after dropping below $20K

On the daily chart, the BTC price rose from $18,255 to $19,650. This 7.5% price rebound mirrored similar rebound moves witnessed in the stock market, suggesting that investors have been coming to terms with another significant rate hike by the Federal Reserve expected on Sept. 20–21.

However, opinions differ on the longevity of Bitcoin’s rebound. Independent market analyst Jonny Moe stressed that BTC’s ongoing price action is similar to its sideways consolidation moves at the beginning of this year.

In other words, Bitcoin’s current price rebounds around the $20,000 mark do not make a long-term bull case.

On the other hand, some analysts believe Bitcoin is staring at a strong bullish reversal in the times ahead. Let’s take a closer look at the three optimistic market outlooks.

A bullish hammer candlestick forms when the asset drops significantly lower from its opening value but recovers to close near the same level. Traders see the hammer as a sign of bearish rejection, given its history of preceding market bottoms.

Trader Tardigrade applies the same theory to Bitcoin’s recovery move on Sept. 20, noting that its bullish hammer may usher in a reversal.

On daily chart, a “BULLISH HAMMER” candle was printed, which may bring us a reversal.

🔥This indicates a strong price rejection below the candle.#BTC #Cryptos pic.twitter.com/8TkfoegZrb

Another technical signal that anticipates Bitcoin to rebound sharply is the Pi-Cycle bottom.

Specifically, the open-source indicator tracks two long-term simple moving averages (SMAs): the 471-day SMA and the 150-day EMA. History shows that Bitcoin price bottoms out for the market cycle when the 150-day SMA crossed below the 471-day SMA.

Meanwhile, the price heads for a strong bullish reversal in the days leading up to and after the 150-day SMA closes above the 471-day SMA. Pseudonymous analyst, Titan of Crypto, highlighted that Bitcoin is eyeing a 150-471 SMA bullish crossover sometime by 2023.

“2nd cross is yet to occur. Reversal might be closer than we think.”

A Wyckoff Cycle has four phases: accumulation, markup, distribution and markdown. After the markdown phase, the cycle repeats with the accumulation phase, which, as Ohayon points out, is the case with Bitcoin’s ongoing price rebound.

“Bitcoin is entering the Final Bullish Phase of the Wyckoff Cycle,” the analyst concludes. 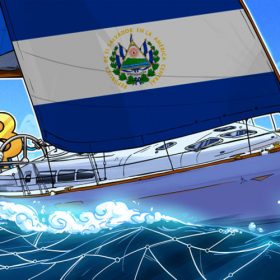