Join Camnang24h to see why “BTC mining firm Compute North files for bankruptcy” through the article below. Compute North’s hosting partners Compass Mining have stated that the firm will continue to operate business as usual at this stage. Bitcoin (BTC) mining hosting firm Compute North has filed for chapter 11 bankruptcy, amid growing pressure on the firm due to the effects of crypto winter and rising energy costs. The firm’s CEO Dave Perrill has also stepped down but will remain on the board.

The company submitted a Chapter 11 bankruptcy filing in the U.S. Bankruptcy Court for the Southern District of Texas on Sept. 22, which is now pending before Judge David Jones.

Under a Chapter 11 filing, the firm is still able to keep its operations going as it works out a plan to repay creditors. The filing reportedly outlines that Compute North owes around $500 million to 200 creditors, while its assets are said to be worth between $100 million and $500 million.

Compute North offers large scale crypto mining hosting services and facilities, hardware and a BTC mining pool. It is one of the largest data center providers in the U.S. has big name partners in the BTC mining sector such as Compass Mining and Marathon Digital.

Both companies have come out with statements via Twitter, noting that with the information they have at this stage, their business operations will continue as normal.

“Compute North’s staff informed us today that the bankruptcy filing should not disrupt business operations. We are continuing to monitor the situation and will provide further updates as they become available,” noted Compass Mining.

Today, a filing related to one of our hosting providers was published. Based on the information available at this time, it is our understanding that this filing will not impact our current mining operations.

The bearish performance of BTC in 2022 has had a significant impact on the mining sector this year, and in the context of Texas, rising energy costs and multiple power outages during intense heat waves haven’t helped either.

Bloomberg Business reporter David Pan highlighted on Twitter that Compute North may have been impacted by a costly delay to a large mining facility in Texas that it wasn’t able to monetize for months.

“Compute North’s massive 280MW mining facility in TX was supposed to run rigs in April but it couldn’t due to pending approvals. From then to later this year when it finally was able to energize the machines, Bitcoin prices had gone through multiple downward cycles, fundraising opportunities dried up and major lenders scaled back,” he wrote.

Compute North adds to a long list of crypto firms that have either fallen victim to crypto winter — or in some cases helped create it — including Voyager Digital, Three Arrows Capital, Celsius Network and BlockFi to name a few. 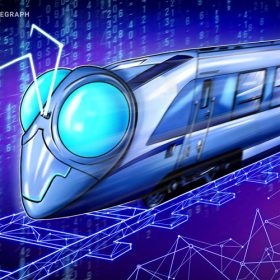 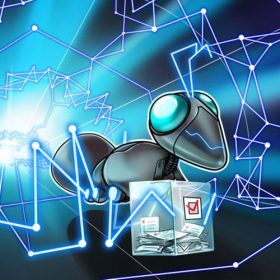