Join Camnang24h to see why “Regulations are coming — and this DAO wants voices of Web3 users to be heard” through the article below. A DAO has been established to represent the interests of Web3 and DeFi users when regulations and policies are being decided. A decentralized autonomous organization (DAO) has been established to serve as an ally for every project and business that’s embracing Web3.

ThreeOh DAO says the next generation of the internet can bring entrepreneurship, wealth and opportunities to communities around the world — and it wants to represent the interests of Web3 and DeFi users when regulations and policies are being decided.

Those behind the DAO say they have the necessary infrastructure in place to engage with policymakers and make an impact — amplifying the voices of everyone in this nascent industry on national and international stages. Crucially, this organization says it’s never driven by big money interests.

Dr. Randy Romich is a co-founding member of ThreeOh DAO, and told Cointelegraph: “We are at a crossroads. For the first time in the history of the financial system, we, the average investor, have the opportunity to affect the regulatory policy surrounding an emerging financial market. We have the opportunity to set the parameters of the markets to benefit the users, not solely big money interests.”

Whereas lobbying was once restricted to those with deep pockets, Dr. Romich says things have changed — adding: “Web3 has provided us with the grassroots support, lobbying infrastructure knowledge, and the funding mechanism to support ThreeOh DAO’s mission to bridge the gap between Web3 users and the policymakers throughout the U.S.”

Work has also begun to establish an international DAO coalition that will advocate for mass adoption worldwide, alongside regulations that are friendly toward users and businesses.

ThreeOh DAO has set out key policy principles on its website — and says innovators “need clear guidance, room and resources to build.” The organization’s calling on U.S. regulators to offer greater clarity and eliminate uncertainty that’s existed in the market for years.

A long-running concern surrounds when digital tokens are counted as securities — and ThreeOh DAO argues that most cryptocurrencies shouldn’t be defined this way by America’s Securities and Exchange Commission.

“Ambiguity based on retrofitting the Howey Test has caused confusion among innovators and has had a chilling effect on innovation,” ThreeOh DAO warns.

Other items on the agenda concern the taxation of digital assets — and America’s role in the proliferation of Web3. In this organization’s eyes, the U.S. should be at the forefront of innovation — giving startups and businesses a competitive advantage through initiatives such as grants and tax credits.

In ThreeOh DAO’s view, blockchain technology itself shouldn’t be regulated as it is simply a platform that enables cryptocurrencies. And it calls for stablecoins “to be given the same protections as fiat when included within financial accounts” too.

ThreeOh DAO consists of two nonprofit organizations — and it has already established partnerships with two prominent lobby groups. An approved Web3 Super PAC has also been launched in the U.S.

Just some of the ambitious plans in the pipeline include helping to fund a blockchain voting pilot in a national election. Also, the DAO plans to keep a close eye on how state and federal politicians vote in upcoming regulatory discussions on Web3. A growing number of bills and proposals are currently working their way through Congress — and the stance that current lawmakers and candidates have on digital assets is increasingly being scrutinized during elections.

Web3 is here to stay — and ThreeOh DAO is determined to ensure that the industry is able to achieve its full potential without being stymied by counterintuitive rules and regulations. 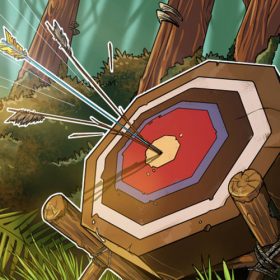 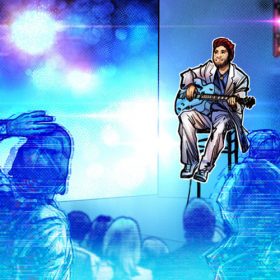 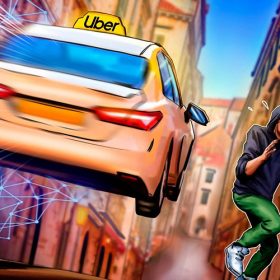