Home » What is a cryptocurrency mixer and how does it work?

Related: How to deal with crypto seasonality?

What is a cryptocurrency mixer?

The rapid expansion of cryptocurrencies and the development of crypto infrastructure and vulnerabilities like crypto mixers or tumblers have been a source of concern for government agencies in charge of financial security.

Many people use crypto mixers to keep their cryptocurrency transactions private by mixing potentially identifiable cryptocurrency funds with vast sums of other funds. These services are often used to anonymize fund transfers between services and do not require Know Your Customer (KYC) checks.

As a result, the risk of employing crypto mixers to launder money or conceal earnings is pretty considerable. Mixers and online gambling sites have the most severe money laundering issues, as they process the vast majority of dirty currencies. Mixers, for example, have consistently processed about a quarter of all incoming illicit Bitcoin (BTC) each year, while the proportion laundered through exchanges and gambling has remained relatively steady (66 to 72%).

Decentralized mixers use protocols like CoinJoin to obfuscate transactions using either a completely coordinated or peer-to-peer (P2P) approach. Essentially, the protocol allows a big group of users to pool an amount of BTC and then redistribute it such that everyone receives one Bitcoin. Still, no one can know who received what or where it originated from.

On the contrary, zero-knowledge-based mixers rely heavily on advanced cryptographic techniques like zero-knowledge proofs to fully erase the transaction graph. The most significant disadvantage of this strategy is that it necessitates extensive cryptography, which may limit scalability.

What are the types of crypto coin mixing services?

Custodial mixing occurs when users submit their “tainted” currencies to a trusted third party, returning “clean” coins after a timeout. However, this technique is insufficient because the users lose possession of their money during the mixing process. As a result, the trusted mixing party may steal funds in the case of custodial mixers.

The use of publicly verifiable and transparent smart contracts or secure multi-party computation to replace the trusted mixing party is a frequent element in noncustodial mixers. The process for noncustodial mixing consists of two steps.

Users first deposit the same amount of Ether (ETH) or other tokens into a mixer contract from address A. Then, after a user-defined time interval, they can withdraw their deposited coins via a withdrawal transaction to a new address B.

Users can confirm to the mixer contract that they deposited without exposing the deposit transaction they issued by using one of several accessible cryptographic techniques such as ring signatures and zk-SNARKs in the withdrawal transaction.

How do cryptocurrency mixers work?

The concept of crypto tumblers or mixers is to run a trade’s digital signatures via a “black box” that hides them.

Crypto mixers are programs that mash up a certain quantity of cryptocurrency in private pools before transferring it to its designated receivers. For instance, a Bitcoin explorer, which keeps track of all BTC deals, will show that person A transferred Bitcoin to a mixer and that person B received BTC from a mixer. In this way, no one knows who sent BTC and to whom. Therefore, dirty Bitcoin is laundered in the crypto mixing process.

Coin mixers function by taking your cryptocurrency and mixing it with a large pile of another cryptocurrency before returning you smaller units of crypto to an address of your choice, with the total amount you put in minus 1-3%. The coin mixing firm usually collects 1-3% profit, which is how they earn a living.

Coin mixing is comparable to money laundering in that it is criminal conduct. Just because someone engages in coin mixing, however, does not indicate they are committing a crime. Instead, it simply means that they want to increase the privacy of their cryptocurrency transactions.

Whether using coin mixing services is illegal or not is determined by the jurisdiction in which you reside. Also, are Bitcoin mixers necessary? Or, is tumbling crypto legitimate? It depends on your goals for using these services.

Using mixers to disguise crypto transactions is criminal conduct, according to former United States Assistant Attorney General Brian Benczkowski. For instance, Bitcoin’s key functionality is privacy instead of anonymity, which means your identity is not always revealed, but your transactions can be audited to investigate any misconduct. So, is Bitcoin mixing illegal?

Bitcoin mixers are classified as money transmitters by the Financial Crimes Enforcement Network (FinCEN). Therefore, they must register with FinCEN and apply for a state-by-state license to operate. An Ohio citizen was arrested in 2021 on allegations of money laundering conspiracy because he ran a Bitcoin mixing service on the dark web. The service operated as an unregistered money transmitting business and conducted money transmission without a license despite the FinCEN’s mandatory licensing requirements.

Can you trace a cryptocurrency tumbler or Bitcoin mixers?

Due to crypto mixing services, it is tough to track specific coins because all the coins are pooled together and then distributed at random intervals.

Cryptocurrency tumblers let retailers rewrite their crypto history by constructing a custom blockchain utilizing a variety of digital currencies. They route transactions through a complex semi-random network of other fictitious exchanges, making it difficult for users to link currencies to specific exchanges. Thus, coins cannot be traced if moved through a tumbling service.

BitMix is a Bitcoin tumbler and mixer application that provides anonymous transactions by routing all payments through its own system, taking advantage of BTC’s inherent anonymity capabilities and making it hard to track coins.

On the other hand, many tools follow the currency’s usages by combining public blockchain data with known addresses of threat actors. This information is evaluated to determine money laundering transactions and the use of currency swaps and mixers. 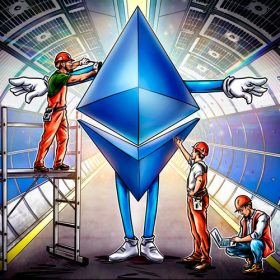 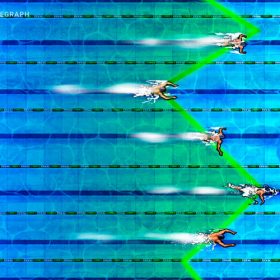 Understanding staking pools: The pros and cons of staking cryptocurrency 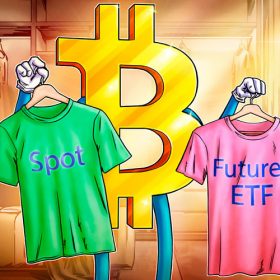