Home » What Is Livepeer (LPT)? How does Livepeer work?

Contents
1 Livepeer (LPT) Price Live Data
2 What Is Livepeer (LPT)?
3 Who Are the Founders of Livepeer?
4 What Makes Livepeer Unique?
5 How Many Livepeer (LPT) Coins Are There in Circulation?
6 How Is the Livepeer Network Secured?
7 How does Livepeer work?
7.1 Orchestrators
7.2 Delegators
8 What is LPT?
9 How to buy LPT on Binance?
10 Closing thoughts
10.1 Related posts:
Keyword

Join Camnang24h to learn about the project “What Is Livepeer (LPT)? Who Are the Founders of Livepeer? What Makes Livepeer Unique? How does Livepeer work?” through the article below.

Camnang24h invites you to consult the latest updated Livepeer (LPT) price chart today. If you would like to know where to buy Livepeer at the current rate, the top cryptocurrency exchanges for trading in Livepeer stock are currently Binance, OKX, BingX, Bybit, and MEXC.

Related: What Is BitTorrent (BTT)?

What Is Livepeer (LPT)?

Launched in 2017, Livepeer is the first live video streaming network protocol that is fully decentralized. The platform aims to become a viable blockchain-based, economically efficient alternative to centralized broadcasting solutions for all new and existing broadcaster companies.

To learn more about this project, check out our deep dive of Livepeer.

As stated in the official Livepeer whitepaper, the live video streaming and broadcasting industry is growing at a rapid pace, and the company is looking to ride this wave and introduce decentralization to the environment. Livepeer aims to streamline the broadcasting process by allowing producers to submit their work on the platform, taking care of reformatting and distributing the content to users and streaming platforms.

Who Are the Founders of Livepeer?

Livepeer is an open-source protocol, which means that developers can freely contribute to the underlying code on GitHub. Livepeer Inc is the legal entity behind the Livepeer platform. Livepeer Inc was founded by Doug Petkanics and Eric Tang.

Doug Petkanics graduated with a degree in computer science from the University of Pennsylvania in 2006. Since then, he has been an integral part of several big names like Groupon and Wildcard. In 2006, he joined Accenture as an analyst, and in 2010 he co-founded Hyperpublic, which Groupon later acquired. In 2013, Petkanics co-founded Wildcard, a publishing platform, and web browser. Since 2016, he has been at the center of development for Livepeer.

Eric Tang graduated with a degree in electrical and computer engineering from Carnegie Mellon University. In 2008, he joined Next Jump as a software developer, and in 2010 he became a product manager for Clickable. In 2010, he teamed up with Doug Petkanics and co-founded Hyperpublic. Since then, the duo has worked together on Wildcard and later on Livepeer. Livepeer is a unique project because it aims to revolutionize the broadcasting industry by employing the powers of blockchain technology. The open-source platform allows users and developers to participate in the management and improvement of the platform freely. The growing capabilities of digital cameras for producing high-quality video content drive the development of the broadcasting industry, and Livepeer aims to further boost this process by allowing users to benefit from decentralized computing power and crypto-economic incentives for bootstrapping and participation.

Livepeer is becoming a leading industry platform, as it allows users to participate in numerous ways. The platform offers opportunities for pay-as-you-go content consumption, auto-scaling social video services, uncensorable live journalism, and video-enabled DApps. Livepeer is transforming the live video streaming process and is on the road to becoming an industry leader.

How Many Livepeer (LPT) Coins Are There in Circulation?

Of the total supply, founders and early team members split amongst themselves about 12.35%, which has a vesting period of 36 months from network launch. Another 19% of tokens were directed towards pre-sale purchases. The largest amount of tokens, 63.437%, was distributed towards crowd sales. Finally, 5% of the total token supply is reserved for maintaining the Livepeer network, ensuring the project’s future development.

How Is the Livepeer Network Secured?

As Livepeer is built on the Ethereum blockchain, the platform utilizes a modified version of a delegated proof-of-stake (DPoS) consensus mechanism. In a DPoS mechanism, there is no mining at all. Instead, the validation of new blocks on the blockchain happens based on the number of coins staked.

This is what differentiates Livepeer from consensus mechanisms as the one Bitcoin uses. While Bitcoin’s proof-of-work (PoW) mechanism requires a large amount of electrical and computing power, the DPoS systems are more ecologically conscious and easily scalable. Not only that, LIvepeer benefits from the extensive DApp universe already established by the Ethereum blockchain, which further boosts the usability of the network.

How does Livepeer work?

Livepeer, built on Ethereum, is essentially a network that connects anyone seeking video processing with suppliers that provide this service. It uses its native token, LPT, to incentivize network participants to keep this video transcoding process reliable, secure, and affordable compared to current centralized solutions.

There are two main stakeholders in the Livepeer network: orchestrators and delegators.

Anyone who owns video mining equipment can stake their LPT and perform video processing work on the Livepeer network. In exchange for providing this service, they receive a share of the video processing fee in the form of LPT and ETH. These network participants are called orchestrators.

Those who don’t have access to video mining tools or video processing experience can still participate in the network by delegating or assigning their LPT to a node operator with the right tools and expertise to process video via the Livepeer Explorer. These network participants are called delegators.

The network’s native asset, the Livepeer token (LPT), is an ERC-20 token used to provide security, distribute video processing tasks among network participants, and incentivize their active participation in the various roles on the Livepeer network. The more LPT tokens are committed to the network’s functioning, the more stable, secure, and robust it becomes.

Orchestrators are allocated work according to the amount of LPT they have staked — their own or those of delegators — along with their geographical location and reliability. Since more delegated tokens lead to more work, and more work equals more rewards, orchestrators compete to attract as many delegators as possible.

At the end of each round, i.e. end of every day, the Livepeer protocol mints new Livepeer tokens according to a designated inflation rate. Livepeer is a “stake-based” protocol, which means rewards are allocated to each participating user in proportion to their contribution. Participants who have been active in a given round — either by running nodes or by staking tokens — receive a proportionate amount of the issued reward. Those who did not actively participate in a given round do not receive these rewards.

Orchestrators also earn an added benefit: they receive a portion of their delegators’ rewards as a commission for running the decentralized infrastructure.

With this system, active participants can grow their stake in the network. Meanwhile, transcoding rights of inactive users shrink with every round in which they do not participate. In other words, a larger LPT stake results in more allocated work, ultimately leading to more rewards.

The inflation rate used to determine the size of the issued rewards also motivates users to be active. The percentage of new LPT in each compensation round is determined by how many total LPT are committed to the network’s successful functioning. The higher this proportion, the lower the inflation rate and the more value existing tokens will retain. Thus, token holders are naturally motivated to stake more to earn more.

How to buy LPT on Binance?

You can buy LPT on cryptocurrency exchanges like Binance.

2. Type “LPT” on the search bar to see the available trading pairs. We will use LPT/BUSD as an example.

3. Go to the [Spot] box and enter the amount of LPT you want to buy. In this example, we will use a Market order. Click [Buy LPT] to confirm your order, and the purchased LPT will be credited to your Spot Wallet.

Livepeer has designed a solution to delegate video processing tasks to reliable parties. With a decentralized video protocol, Web3 projects and companies can avoid high, arbitrary video processing fees and censorship to provide better video content for their audiences. 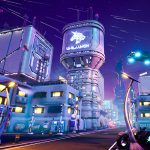 Review Unilaunch is a decentralized Presale and IDO launchpad 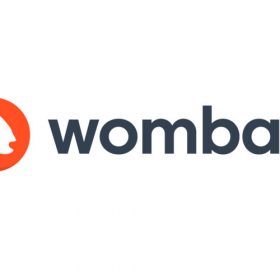 What is Wombat? Learn solutions, products and Token WOMBAT 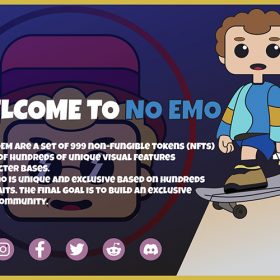