Home » What Is XRP Ledger (XRPL)? How does XRPL work?

Contents
1 Introduction
2 How does XRPL work?
3 What is the price of XRP Ledger today?
4 Who Are the Founders of the XRP Ledger?
5 What Makes XRPL Unique?
6 How Many XRP Coins Are There in Circulation?
7 XRPL for Developers
8 What is XRP?
9 How to buy XRP on Binance?
10 Closing thoughts
10.1 Related posts:
Keyword

Join Camnang24h to learn about the project “What Is XRP Ledger (XRPL)? How does XRPL work? Who Are the Founders of the XRP Ledger? What Makes XRPL Unique? XRP for Developers” through the article below. The XRP Ledger (XRPL) is an open source, public and decentralized Layer 1 blockchain led by a global developer community. It is fast, energy-efficient, and reliable. For more than ten years, it has been the blockchain best suited to enable settlement and liquidity of tokenized assets at scale. With ease of development, low transaction costs, and a knowledgeable community, it provides developers with a strong open-source foundation for executing on the most demanding projects – without impacting the XRPL’s lean and efficient feature set. XRPL enables a wide variety of services and use cases including payments, decentralized finance, and tokenization.

Related: What Is Biswap (BSW)? The XRP Ledger (XRPL) is a decentralized, public blockchain built by three developers who were seeking a faster, more energy-efficient blockchain. For more than ten years, it has been the blockchain best suited to enable settlement and liquidity of tokenized assets at scale. It has operated continuously since 2012 and enabled developers to build a wide range of projects for the XRPL community. There are a wide range of applications on the XRPL today, spanning micropayments, DeFi, and tokenization.

How does XRPL work?

Unlike Bitcoin or Ethereum, the XRPL uses a unique Federated Consensus mechanism as its method of validating transactions.

Transactions are confirmed on the XRPL through a consensus protocol, in which designated independent servers called validators come to an agreement on the order and outcome of XRP transactions. All servers in the network process each transaction according to the same rules, and any transaction that follows the protocol is confirmed right away. All transactions are public and transparent, and anyone can operate a validator. There are currently over 150 validators on the ledger, operated by universities, exchanges, businesses, and individuals around the world. The XRPL has operated continuously since January 2013, and billions of transactions have been completed.

Through the Federated Consensus mechanism, the XRPL is able to support more than 1,500 transactions per second (TPS) with confirmation speeds of 3 to 5 seconds. Users can also enjoy low transaction fees (typically under one cent) and a fairness advantage, which means that no single participant decides which transactions take priority. All verified transactions can be processed without a single point of failure as no single participant makes a decision independently.

What is the price of XRP Ledger today?

In this section one can follow the price and chart of XRP Ledger traded today via the chart below. If you want to know where to buy XRP Ledger at current rates, the top crypto exchanges to trade XRP Ledger currently Binance, BTCEX, CoinW, MEXC, and Bitrue…

Who Are the Founders of the XRP Ledger?

In 2012, David Schwartz, Jed McCaleb and Arthur Britto launched the XRP Ledger with its native currency XRP as a faster, more energy-efficient alternative to the Bitcoin blockchain. In September that year, along with Chris Larsen, they founded the company that is today known as Ripple.

The XRP Ledger presents a wide variety of applications and use cases related to payments including micropayments, DeFi, and, soon, NFTs. Deployed in 2012, the XRPL supports enterprises and Python, Java and JavaScript developers with powerful utility and flexibility. On the XRP website, developers can access different tutorials to help them get started using different coding languages, building apps, managing accounts and more.

Alongside its native coin, XRP, the XRP Ledger is used by developers to create solutions that solve inefficiencies, including remittance and asset tokenization. Currently, the five main applications of the XRP Ledger are payments, tokenization, DeFi, CBDCs and stablecoins.

How Many XRP Coins Are There in Circulation?

The XRP Ledger architects gifted 80 billion XRP to Ripple so that the company could build use cases — including its global payments network, RippleNet — around the digital asset.

The Ledger provides developers with powerful utility and flexibility, where they can code in Python, Java, and JavaScript languages. The XRPL is suitable for any independent developer or enterprise that wants to build for a variety of use cases. On the XRPL website, developers can access different tutorials to help them get started using different coding languages, building apps, managing accounts, and more.

Alongside its native coin, XRP, the XRP Ledger is used by developers to create solutions that solve inefficiencies, including remittance and asset tokenization. Currently, the five main applications of the XRP Ledger are payments, tokenization, DeFi, CBDCs, and stablecoins.

Using the XRP Ledger, assets can be moved across the world, enabling instant money transfers for remittances, treasury payments, payrolls, and other cross-border payments. For instance, RippleNet powers cross-border payments through a decentralized network of banks and payment providers that uses the XRP Ledger. Users can also set up an XRP wallet like Xumm to transact XRP, a neutral bridge asset optimized for global payments with low fees.

Any kind of asset can be tokenized on the XRP Ledger, including fungible tokens, stablecoins, NFTs, and Central Bank Digital Currencies (CBDCs). As of May 2022, more than 5,400 currencies have been issued and traded on the XRPL.

Financial products and services can be accessed via XRP Ledger’s decentralized exchange (DEX). The DEX is native to the protocol and uses a central limit order book model to trade digital assets. Users can access the DEX through a variety of order book interfaces, such as Sologenic, to trade directly on the XRP Ledger.

The XRP Ledger supports the tokenization of CBDCs. With this feature, central banks can sustainably and securely interoperate with other payment systems.

Financial institutions can issue stablecoins on the XRP Ledger.

XRP is a digital asset native to the XRP Ledger. Anyone with a digital wallet and an internet connection can receive, hold, and send XRP tokens. Users can use XRP to send global payments, transact on the XRPL decentralized exchange (DEX), and purchase NFTs.

Any user can set up an XRP wallet from various wallet providers to begin transacting. You can send and receive XRP to or from anywhere in the world in just a few seconds. Senders of XRP pay a negligible transaction fee of under a penny, making it an affordable solution for users.

The XRPL has a native decentralized exchange (DEX) that allows users to engage in DeFi transactions. One popular application of the DEX is trading, where anyone can exchange one digital asset for another. Developers (such as Sologenic and Gatehub) have built order book interfaces where users can connect their XRP wallets and begin trading. There are also many XRPL-native assets and wrapped assets that users can trade.

Following the implementation of the XLS-20 mainnet proposal, NFTs will be the latest addition to the XRPL’s ecosystem. The implementation will allow for all essential NFT functionality, including minting, trading, and burning, as well as advanced features like automatic royalties for creators and co-ownership of assets. This means that users will be able to create, buy, sell, and trade NFTs on a variety of marketplaces while enjoying the XRPL blockchain’s benefits.

How to buy XRP on Binance?

You can buy XRP on cryptocurrency exchanges like Binance.

2. Type “XRP” on the search bar to see the available trading pairs. We will use XRP/BUSD as an example.

3. Go to the [Spot] box and enter the amount of XRP you want to buy. In this example, we will use a Market order. Click [Buy XRP] to confirm your order, and the purchased XRP will be credited to your Spot Wallet. 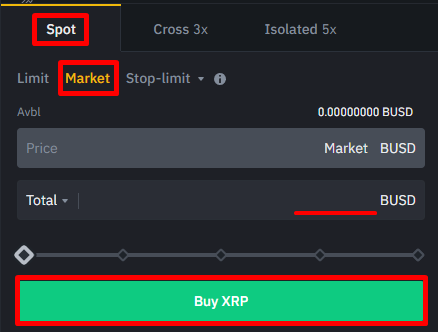 Thanks to its energy-efficient protocol and developer-friendly environment, the XRPL continues to encourage transactions and applications on its platform. We may consider the XRPL as a gateway to resources that can help solve current issues regarding cross-border payments for banks, institutions, and enterprises. 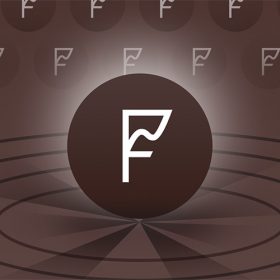 What Is Frontier (FRONT)? How does Frontier work? 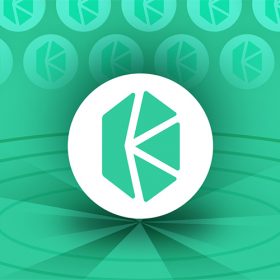